“My new HESU V212 is the best paired guitar cabinet for PLEXSOUND`s “Goldwing”, which is my signatured amp. The pure clearity and a total mass destructive sound that is a result of combining Celestion Vintage 30 12` speaker with Hesu Demon 12` speaker, which was my suggestion leads straight to the darkest depths of hell” 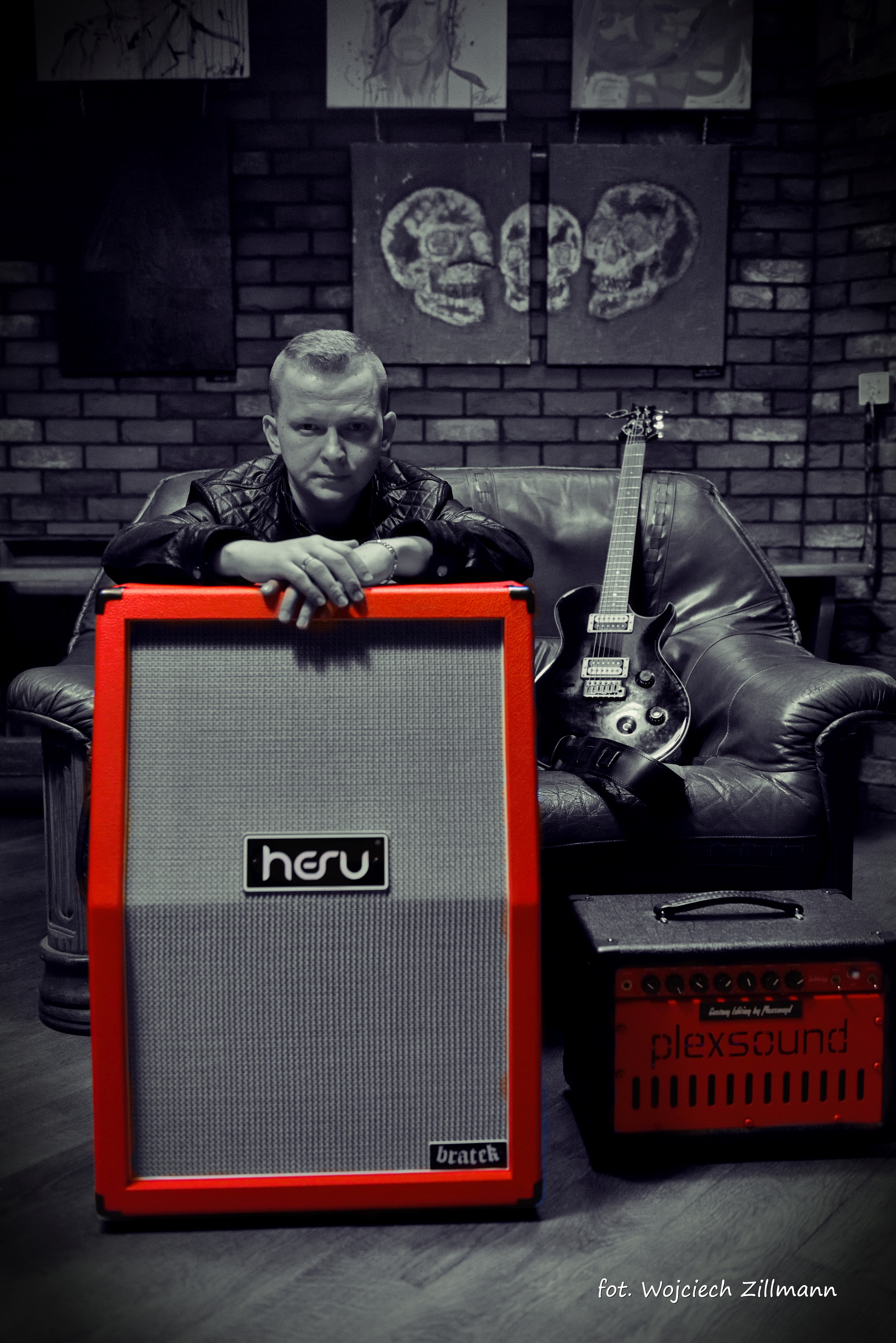 Bartosz `Bratek` Wójcik is a guitarist, composer, session musician and member of the Union of Artists – STOART and ZAiKS.

Bratek is also working with many leading Polish musicians as:

Since 2009 Bratek leads his“Guitar Rock School”. He had the pleasure of leading music workshops with such brilliant musicians as Leszek Cichoński and Apostolis Anthimos.

Bartosz `Bratek` Wójcik is an endorser of HESU guitar cabinets and guitar amps called Plexsound (www.plexsound.com), which created a series of amplifiers with his signature: “Psychonote BW10” and “Goldwing”.